For the critical argument with regard to mechanomeric selection, see the blog-post here

A very concise report giving the background to that argument, the argument itself, a technological description of mechanomeric selection, and a small number of brief descriptions of medical and industrial applications of that technology, including this one, can be seen at

(start at the bottom, in blog fashion).

Seawater should be used for artificial photosynthesis wherever possible to minimize usage of and impact on freshwater.

The mechanomeric selection of a photoenzyme for such photosynthesis will involve matricial mechanomeric selection (see the report and pseudoblog/FAQ linked to above): matriciating (usually meaning chromatographically two-dimensionally arraying) replicated random mechanomers (functional copolymers) of some artificial class (to avoid unintended consequences), say polyesters or polysulfonamides; overlaying the replicated random mechanomer so produced with seawater and if desired or needed a mixture of metal ions and organic chemicals (chromophores and electrophores) facilitating photonic absorption and electronic transmission and/or some desired substrate or reactant; exposing the functional matrix so produced to sunlight; and examining that matrix for the emergence of the desired product (possibly using mechanomeric indication, a previously-developed enzyme, an indicase, and its substrate or indicator together reacting to and therefore indicating the presence of that product by catalyzing an indicating reaction causing a color-change—see the report and pseudoblog/FAQ); followed by extraction of the mechanomers from locations where that product is being produced; replication of those mechanomers; and their further testing for the desired catalysis, for example by further selections using different matriciations.

Desired photosyntheses might be broken down into sequences of simpler reactions and the enzymes (photosynthetic or otherwise) catalyzing those separately selected, but there should usually be at least an initial or parallel attempt at the easiest one-shot selection of a necessarily more complex enzyme (and therefore one occurring less frequently in random mechanomer stocks) capable of catalyzing all those reactions in sequence and therefore the entire sequence from air, seawater and sunlight to final product, such enzyme being simplest to use in practice.

Similarly, where such simpler enzymes are selected, it might be best to select them in order of needed catalytic sequence, and use each enzyme/complex selected as an additional component of the next selective matrix, in an attempt in each selection to select an enzyme which complexes with the previously-selected enzyme or complex and catalyzes the growing sequence of reactions most efficiently.

Note that selection and use of such enzymes for such photosynthesis of fuels, organic chemical industrial feedstocks, and bulk macronutrients will not only halt the alarming present-day massive industrial crustal-carbon fossil-fuel extraction and burning and consequent carbon dioxide emission and greenhouse warming, but will also remove carbon dioxide from the atmosphere and "fix" it into fuel and other stocks (not to mention all-but-eternal plastics), helping palliate the impact of previous extraction and burning and emission and warming.

And once the fuel, organic chemical and food industries are retooled away from use of petroleum to that of photosynthetic products, we will have established a sustainable photosynthetic economy. 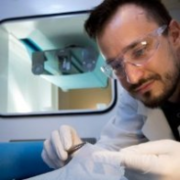 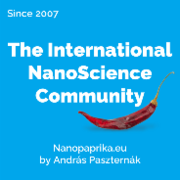