1200 members of the nanotechnology community from over 50 countries gathered in Budapest, Hungary, for three days of presentations, networking and inspiration during EuroNanoForum 2011. The event was supported by the European Commission and Hungarian National Innovation Fund, and was organised by the National Innovation Office in partnership with Spinverse under the auspices of the Hungarian Presidency.

The event drew together nanotechnologies which could contribute to the solution of grand challenges, including renewable energy, ageing populations, and resource efficiency. Presenters described hundreds of solutions such as nanoparticle-based cancer therapies, retinal and cochlear implants, nanomaterials for improving energy density of batteries and mass production of flexible solar cells, and materials to improve the performance and energy efficiency of electronics. A plenary presentation on the potential applications of graphene also underlined the fact that nanotechnology is being constantly expanded by new developments and discoveries.

The event was also able to contribute to the ongoing discussion about the future of nanotechnology both in terms of the ongoing work to support Key Enabling Technologies and the Common Strategic Framework. An industrial panel during the closing plenary discussed ways in which public funding could contribute to the whole innovation pipeline, from research through demonstration to commercialisation and deployment.

Athanasios Skouras from University of Patlas received the EuroNanoForum 2011 award for the best poster presented by a young researcher. An exhibition accompanied the event, at which 60 organisations presented themselves. The best exhibitors, as voted for by attendees included NanoNext, the Netherlands nanotechnology network, the NMPTeAM network of national contact points, and Estonian electrospinning pioneer Esfil Tehno. A matchmaking event on 1st June also saw 425 meetings take place, stimulating networking for technology transfer and for new project consortia.

The event hosted a venture capital session, where leading investors from Europe gave awards for start-up companies.  The winner of Best Start-up Award was Nanoference from Denmark with its ambitious, disruptive business plan based on scientific discovery.  Skeleton Technologies from Estonia got a special mention for a very well structured pitch.  General observation from the session was that Europe is running short of venture capital money.  More public funding and tax policies were expected to speed up growth of European start-ups.  Research funding needs to be complemented with instruments that support also product development and business development.

Pekka Koponen, CEO of Spinverse, added that “the high interest in this event, and particularly the number of exhibitors, industrial participants and close to market nanotechnology developments confirm our own research which shows that nanotechnology has become highly relevant for competitiveness and growth.”

For more information please go to www.euronanoforum2011.eu. Presentations and a post-event report will be available on the event website by mid-June. 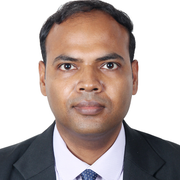