Chemical Watch is reporting that certain CNTs and nanosilver may be prohibited under future amendments to the Restrictrion on Hazardous Substances (RoHS) Directive. An excerpt from the CW article is included below.

"The European Parliament's rapporteur for the RoHS recast, MEP Jill Evans, has agreed not to pursue her proposed ban on all brominated and chlorinated flame retardants, PVC, chlorinated plasticisers and three phthalates – DEHP, BBP and DBP.

Parliament's Environment Committee votes next week on proposed amendments to the European Commission's proposal for revising the Directive on the restriction of hazardous substances (RoHS) in electrical and electronic equipment.

Although halogenated substances and phthalates look likely to escape inclusion on the banned substances list, the Committee is likely to agree that nanosilver and long multi-walled carbon nanotubes should be added. In effect, there would be no threshold, with equipment prohibited from the market if it contained either of them at “detectable levels”."

"CEFIC also remains concerned about the prospect of separate sets of provisions on nanomaterials appearing in new legislation, arguing that they are already covered by REACH, and on this point it will be disappointed by the RoHS deal. Amendments in the agreed package call for economic operators to be require to notify the European Commission about the use of nanomaterials in electrical and electronic equipment and provide “all relevant data” regarding their safety for human health and the environment. The Commission would have to produce a report assessing the safety of all nanomaterials in such equipment and present its findings to the Parliament and the Council, and economic operators would have to label equipment containing nanomaterials “that could lead to exposure of consumers”.

The Committee is due to vote on the amendments to the RoHS recast on 2 June. This week's deal is unlikely to change, but further changes cannot be ruled out." 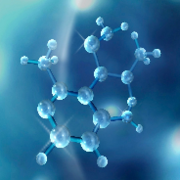 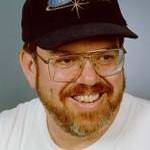