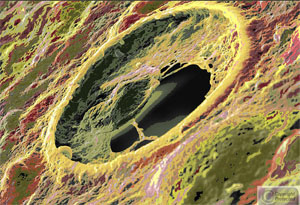 "NanoArt is a new art discipline at the art-science-technology intersections. It features nanolandscapes (molecular and atomic landscapes which are natural structures of matter at molecular and atomic scales) and nanosculptures (structures created by scientists and artists by manipulating matter at molecular and atomic scales using chemical and physical processes). These structures are visualized with research tools like scanning electron microscopes and atomic force microscopes and their scientific images are captured and further processed by using different artistic techniques to convert them into artworks showcased for large audiences." ( NanoArt 21 )

The 3rd NanoArt International Festival will be hosted in Iasi, Romania by Alexandru Ioan Cuza University between September 22 – 28, 2014 in parallel with the 10th International Conference On Physics Of Advanced Materials. Iași is a cultural center with a long tradition in higher education. The first institute was Academia Vasiliana founded in 1640 by the Moldavian prince Vasile Lupu. A. I. C. University was founded by an 1860 decree of Prince Alexandru Ioan Cuza by converting the former Academia Mihaileana into a university. The artworks will be shown in The Hall of the Lost Footsteps which served as a parliamentary debating chamber between 1917 and 1918 when, during the World War I, Iași was the capital of Romania.
The exhibition is curated by artist and scientist Cris Orfescu, researcher in the field of nanomaterials for energy, founder of NanoArt 21 and artist and scientist Mirela Suchea, PhD, researcher in the field of nanostructured materials synthesis. 19 artists from 7 countries (Brazil, Germany, Mexico, Romania, Russia, Slovenia, USA) will show about 60 works in print, multimedia, and video. The previous editions of the festival were held in Finland and Germany.
The molecular and atomic landscapes of various materials with features measured in nanometers became a strong topic for exhibitions hosted in recent years by different universities and organizations. Also, there are several online competitions dedicated to this new artistic-scientific discipline. NanoArt 21 will launch at the end of this year the 7th edition of the oldest online competition for this discipline. Science and art are both creative processes which interact to each other. NanoArt could be for the 21st Century what Photography was for the 20th Century. Micro and nano worlds are aesthetically sound and offer infinite artistic exploration possibilities.
Included in the conference is a section of Art - Science - Technology
chaired by Orfescu who will also present his paper: "NANO Culture - Subculture NanoArt". This session focuses on presentations (oral and poster) related to NanoArt, Scientific Photography (metallography, bio, medical, space, environmental, etc.), Digital Art, Video Art, Computer Graphics, Computer Animation, Game Design, Interactive Art, Net Art, Fractal Art, Algorithmic Art, Virtual Reality, Math Art.  A scientific photography exhibition will be also organized in parallel with the NanoArt festival and the nanomaterials conference.
Tags: advanced, art, artworks, atomic, competition, conference, electron, festival, force, images
★
★
★
★
★
Votes: 0
E-mail me when people leave their comments –
Follow 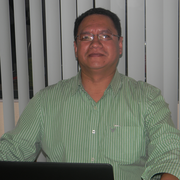 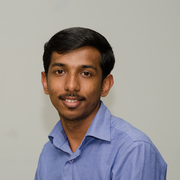