The theme of this blog is especially the proper dispersion of nano objects as preparation for particle size measurement using PCS/PCCS. All other aspects as general handling safety etc. is not part of this blog.

To find the most suitable way of sample preparation it is necessary to understand the special    character of nano particles first. Today it is common knowledge that the physical property of a specific material changes when its particle size gets as small as below 100nm. What is the reason for this change of character? A detailed explanation would lead us quite far into atomic structures and probability areas for electrons to stay in like e.g. Niels Bohr has described them for single atoms. But this would be too complex and also a model only.  Let us try to explain it from a more global sight but even this needs to employ at least some physic rules:
The second law of thermodynamics is an expression of the finding that over time, differences in temperature, pressure, and chemical potential tend to equilibrate in an isolated physical system.
This means that always the status of lowest energy differences is headed for. Nano particles are characterized by extremely high surface areas and because of that, by extremely high surface loadings. This is due to the fact, that the probability areas for electrons to stay in is quite limited in tiny particles.
In a much bigger aggregates the areas are much more flexible by coordinating the areas of many small components to a combined one.
According to the mentioned law, agglomeration will appear instantly enabled mainly by Van der Waals attraction as long as the electrons/loading is not compensated by surrounding ions.
This describes the main principle of stable dispersing nano particles. The key point is to offer enough ions to compensate the surface loading of the nano particles completely. In such a case the particles will be surrounded by an ionic layer that is rejecting the coated particles from each other securely.

This coating by an ionic layer can only be achieved while single particles are available. Therefore it is necessary to generate single particles for a perfect dispersion. But how to?
The safest and most successful way is to do it by growing particles to the desired size. This is the bottom up way.  You will gain easy to measure samples, that can even be diluted in a save way.
Most complicated is the way to generate nano particles by top down technologies like e.g. grinding. Also this way it is possible to gain ion coated nano particles as long as wet grinding in an ionic liquid is applied, but the difficulty is to separate these from coarse remainder. As long as this coarse remainder is present, agglomeration is possible as well as outshining the low energy signals of the nano particle in PCS/PCCS measurement. The reason for this outshining is that with the growth of particles by times 10, the scattered light intensity arises by 106 in the Reyleigh regime and still by 102 in the Mie regime. In such cases the only way to gain a measurable sample with respect to the nano particles is by filtering off the coarse remainder.
Many so called nano mills are able to generate some nano particles but all of them end up with a bigger amount of µm sized remainder too.
Not to talk about the difficulties of dispersing dry nano particle powder into a liquid. The wetting of such material depends on the surface tension of the liquid.  For µm particles the use of sonication is most popular and successful. In case of nano particles this success is by far less because the particles are much smaller than the wavelength of the ultra sound. This means that ordinary ultra sonic baths cannot be used. The use of high energy ultrasonic fingers generates different additional effects that can lead to a certain state of dispersion. In the high energy sonication area cavitation as well as punctual high temperature is generating evaporation of dispersing liquid and similar effects that can overcome surface tension .

In general until now only real nano particles/objects were mentioned. In many cases common terminology also calls nano structured material nano particles. This is not only wrong by definition, but is a completely different case. In nano structured material the nano particles are aggregated not agglomerated. This means that they have to be crushed to become single particles, dispersing them to single particles is by principle impossible. For sure light bound aggregates can sometimes also be diminished by hard local sonication, but this is different from dispersion and will never reach a complete dispersion. 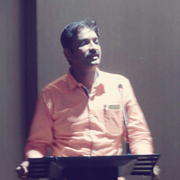 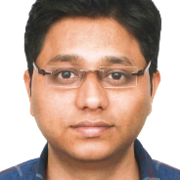