Researchers at the A.N. Nesmeyanov Institute of Heteroorganic Compounds, Russian Academy of Sciences, are developing catalyst systems, which will be implemented by the biggest European pharmaceutical companies and will probably lead to changes in industrial standards for vitamin and drug production. These systems are supposed to help in increasing pharmacologic composites purity and in decreasing the final output cost. The effort is being performed within the scope of one of the largest innovative projects of the EU 7th Framework program - Polycat. Its amount of financing is about €7 million. Along with Russian scientists, research on the project is carried out by groups from Germany, the UK, France, Holland, Finland, Greece and other European countries.

Europeans are concerned with the state of chemical manufacturing. According to experts’ estimates, while it is swiftly changing all over the world – moving towards ecological compatibility and lower cost value, the reverse processes can be sometimes observed in conservative Europe: raw materials are becoming more expensive, energy resources costs are growing, increasing safety requirements are not always met by industries. To reverse the situation, the EU 7th Framework program supported the Polycat project which has a considerable budget even by Western standards - €7 million. Project activities join fine organic chemistry, catalysis and engineering solutions. As a result, new chemical processes should be discovered, new reactor arrangements and commercial unit options should be developed, which will enable to improve chemical manufacturing. The research is being coordinated by the Mainz Institute of Microtechnology (Germany), 18 companies, academic institutes and universities are executors of the project. Two academic groups participate on behalf of Russia: researchers at the A.N. Nesmeyanov Institute of Heteroorganic Compounds, Russian Academy of Sciences, and at Tver State Technical University. Zinaida Shifrina: «Novelty of the  approach suggested by our group lies in utilization of magnetic nanoparticles along with catalytic particles in the same nanocomposite»

«A dendrimer is an individual superbranched molecule with a very heavy molecular weight, a dendron being its segment. Unlike the majority of polymers, such molecule is monodisperse and has distinct structural characteristics. Novelty of the approach suggested by our group lies in utilization of magnetic nanoparticles along with catalytic particles in the same nanocomposite. Involvement of our highly thermostable dendrimers enables to apply high temperatures (~300оС), which is sometimes necessary for some processes, and to get highly-ordered systems with characteristics under control», explained Zanaida Shifrina.

A step-by-step approach is the basic principle underlying dendrimer synthesis. This means that dendrimer molecule growth goes in stages, step by step, besides at each stage, molecular weight is increasing, and molecular composition is becoming more complicated, which requires involvement of new characterization methods and high chemist’s skill. It is not without reason that synthetic chemists who are able to synthesize dendrimer are sometimes called molecular designers. 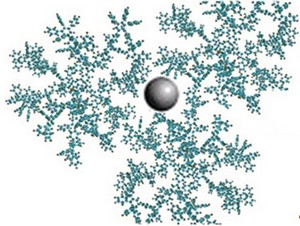 The process was carried out as follows: first, the researchers synthesized dendron that was a branch of dendrimer and connected it to a magnetic nanoparticle, which had been obtained in advance via decomposition of iron compounds at a high temperature. A composite was formed, which, according to Zinaida Shifrina, looked very much like a dandelion, where a rosette was represented by the magnetic nanoparticle and white aigrettes – by dendrons.

«Based on such nanocomposite, we can create tailored surface layers due to further self-organization of molecules, explains Zinaida Shifrina. These layers have widespread application in microchannel reactors. These reactors are very efficient for catalysis as they require very insignificant quantities of catalysts, which are very expensive. If catalysts are stable, this being our aim, they are not entrained in the course of reactions. Microreactors are used for synthesis of complicated organic matter and pharmaceutical products, for example, vitamins».

At the next stage, salt of a noble metal – for example, platinum or palladium - is introduced into the composite. The salt is coordinated with certain dendron groups first, and then, as a result of reduction, turns into nanoparticles of metal stabilized inside the nanocomposite. This is how a high-quality catalyst system is being formed. 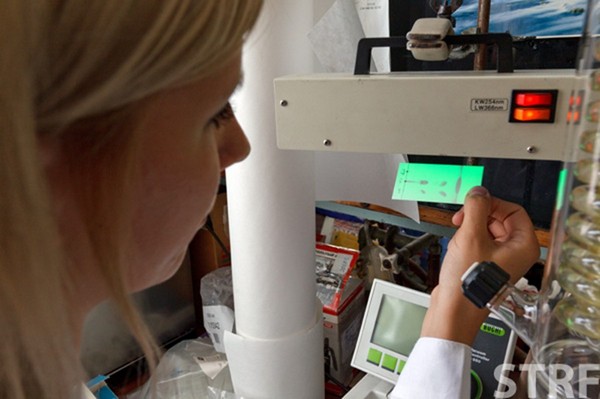 A large review prepared by head of the group at the A.N. Nesmeyanov Institute of Heteroorganic Compounds Ludmilla Bronshtein and Zinaida Shifrina and supported by the Polycat project, has already been published at the Chemical Reviews – a respected international journal with 35.9 impact-factor. Individual research papers written according to the results of research by the group at the A.N. Nesmeyanov Institute of Heteroorganic Compounds will certainly appear as well, although, according to the researchers, this will require some time. To tell the scientific community in detail about the process of making new nanocomposites, the researchers need to obtain special permission from all participants to the project – the work involves interests of large trading companies that have invested vast sums of money into implementation of new concepts of changes in pharmaceutical output manufacturing technologies. 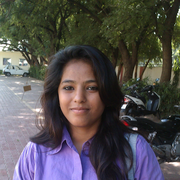 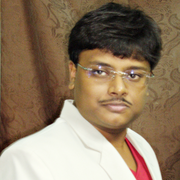