With the discovery of superconductivity just over a century ago, devices such as magnetic field detectors (SQUIDS), single-photon, and electron detectors, became a reality both in the technological field and in the scientific environment. However, the production of ceramic superconducting materials and the improvement of their properties are still a challenge. In this work, we present an alternative technique for producing superconducting fibers, known as Solution Blow Spinning (SBS). Precursor solutions were synthesized by dissolving yttrium, barium, and copper acetates in acetic and propionic acids and methanol. Then, polyvinylpyrrolidone (PVP) of different molar masses was used as a polymerizing agent. The SBS technique demonstrates advantages compared to other blown techniques, such as high production rate and simple experimental assembly. The morphologies of the fibers were evaluated by scanning electron microscopy (SEM), being possible to verify the formation of submicrometric fibers and the influence of the PVP molar weight on the fiber dimensions. Thermogravimetric (TG) and x-ray diffraction (XRD) analyses were performed to verify the phase formation. 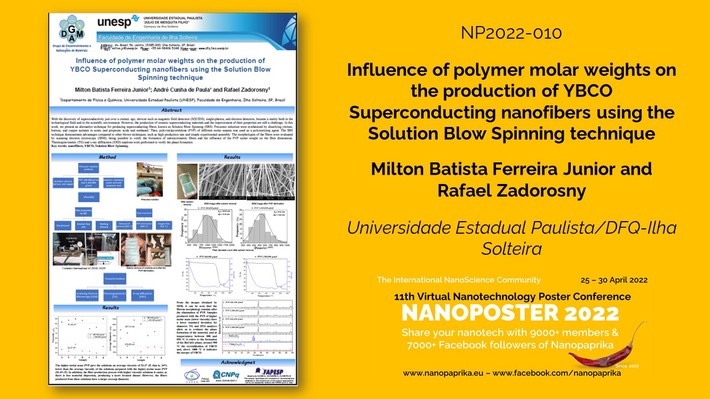