The conversion of ethanol over mesoporous cellular foam silica (MCF-17) supported platinum-gallium composites (1%PtGa/MCF-17) catalyst was performed. The catalysts were prepared by photodeposition method in which the doping concentration of Ga in the composite was varied i.e., 0.1wt%, 1wt.%, and 10wt.%, respectively. The as-synthesized catalysts were characterized by microscopic and spectral techniques and were tested in a quartz bed reactor at temperatures ranging from 200-500 °C. The results revealed that 1wt.% of Ga in the 1% PtGa(99%-1%)/MCF-17 catalyst was observed to be the optimized concentration that actively led to the higher selective oxidation of ethanol into H2, CH3CHO, CO2, CO, and CH4, respectively, compared to undoped 1%Pt/MCF-17 catalyst. This fact was ascribed to the interface developed between the Pt and Ga surface that facilitated the charge transfer after heat treatment that resulted in higher ethanol conversion. 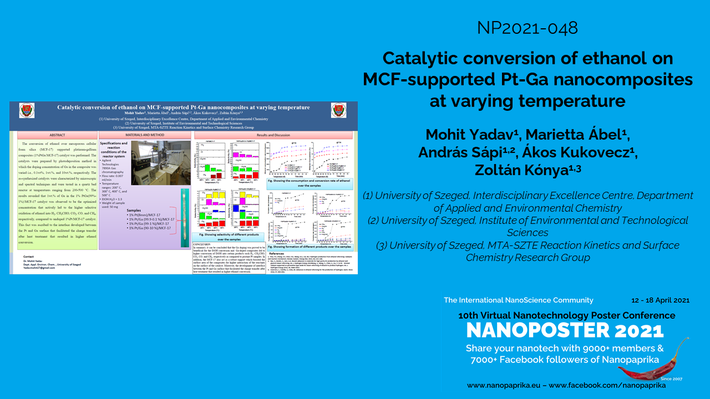