Future technologies are reshaping industries and markets in unprecedented ways and at extraordinary speeds. The organisations that succeed in this environment are those that can adapt rapidly to new opportunities and challenges. Rather than seeing them as a threat, we, NANO4LIFE EUROPE L.P., recognise that future technologies give us a competitive advantage as we shape the future of nanotechnology coating.

Innovation happens when great ideas, people, and challenges intersect. At NANO4LIFE EUROPE L.P., we make these intersections happen. The result: breakthrough innovations that positively impact the world and ignite excitement and passion for nanotechnology coating.

Nanotechnology is science, engineering, and technology conducted at the nanoscale, which is about 1 to 100 nanometers. Nanoscience and nanotechnology are the study and application of extremely small things and can be used across all the other science fields, such as chemistry,biology, physics, materials science, and engineering. The ideas and concepts behind nanoscience and nanotechnology started with a talk entitled “There’s Plenty of Room at the Bottom” by physicist Richard Feynman at an American Physical Society meeting at the California Institute of Technology (CalTech) on December 29, 1959, long before the term nanotechnology was used. In his talk, Feynman described a process in which scientists would be able to manipulate and control individual atoms and molecules.

Over a decade later, in his explorations of ultraprecision machining, Professor Norio Taniguchi coined the term nanotechnology. It wasn't until 1981, with the development of the scanning tunneling microscope that could "see" individual atoms, that modern nanotechnology began.

Today's scientists and engineers of NANO4LIFE EUROPE L.P. are finding a wide variety of ways to deliberately make materials at the nanoscale to take advantage of their enhanced properties such as waterproofing, sealing surfaces, UV protection, anti-scratch , easy to clean, self-clean, and more benefits. 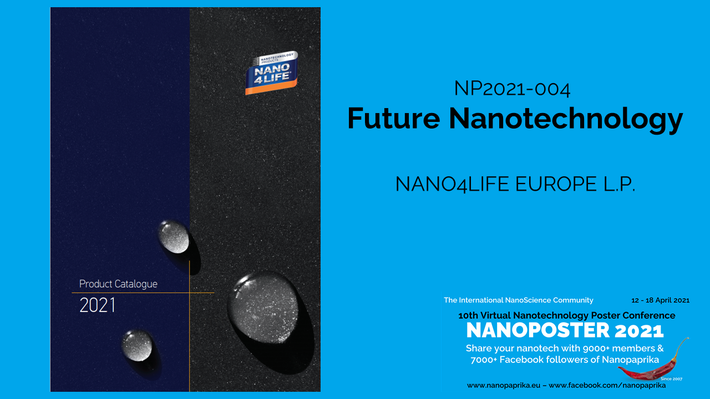