Like 2
Tweet
interest in Preparation and characterization of gold catalysts.
12 Members
Gold nanopartIcles
Due to its largely nonreactive nature gold has long been considered a “noble” metal, undergoing few of the reactions of its transition metal counterparts. This assumption of considering gold catalytically inert changed, however, in the late 90s after the seminal contribution of Haruta, who reported that gold nanoparticles are extremely active in promoting the low - temperature, aerobic oxidation of CO to CO2 (Fig 1) [1] . Moreover, Haruta and co-workers showed that the catalytic activity of gold appears for particles in the nanometric size range, there being a direct relationship between activity and particle diameter [2]. Since this breakthrough, research has been aimed at determining the reaction types that can be efficiently catalyzed by nanometric gold particles, increasing the catalytic activity of gold by stabilizing nanoparticles against agglomeration, understanding the role of the solid support in the catalytic activity and also demonstrating the similarities and distinctive properties of gold catalysis with respect to catalysis by other noble metals.

Fig 1: Schematic illustration of one of the coadsorption and catalytic combustion cycles. 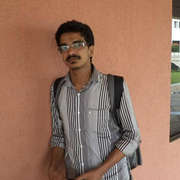 I am working on my course project titled " Laser induced assembly of gold nano particles into colloidal crystals". We are synthesising gold nano particles by nanopulsed laser(Nd-YAG second harmonic) ablation. How Laser parameters - wavelength,pulse width,fluence,repetition rate,scanning time affects the size and efficiency of the nanoparticles and which are the values for these factors to get maximum efficiency? we need to get nanoparticles have an average size less than 20nm.please help me.

Cancer is a difficult disease to treat, contain, and identify. There are many different ways for treating cancer such as surgery, chemotherapy, radiation and many others. These methods are effective if the cancer tumor is caught soon enough. However, these treatments are not effective enough because they do not only target the affected cells, they also affect healthy cells. There is new technology that is showing promise in detecting cancer cells along with destroying cancer cells using…